Accused in the murder of Niko Kvaratskhelia arrested 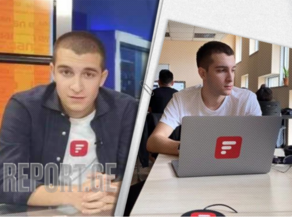 A special operation ended in Tskneti a few minutes ago, as a result, the accused in the murder of 22-year-old Nika Kvaratskhelia were arrested.

According to the spread information, Giorgi Kaviladze was initially detained in the house abandoned during the special operation. Ako Chelidze was also with Kaviladze; he tried to escape but was later arrested.

The detainees were allegedly taken to the police station.

The Ministry of Internal Affairs confirms the fact of the arrest of the wanted. According to the agency, the detainees face 13-17 years in prison.

Nika Kvaratskhelia's family issued a statement a few days ago and called on the hiding defendants to return to the country and surrender. According to the information spread by the family, in order to cover the real motive, the client of Nika Kvaratskhelia's murder might have liquidated the accused.

Nika Kvaratskhelia, the 22-year-old founder of the Feedc platform, was injured on Vera on September 15.

He was placed in the Khechinashvili clinic. Kvaratskhelia underwent emergency surgery, but doctors were unable to save the patient.

Two people accused of Kvaratskhelia's murder have been sentenced to imprisonment in absentia.