Crime of the century in Iraq: Georgians steal millions of dollars and gold 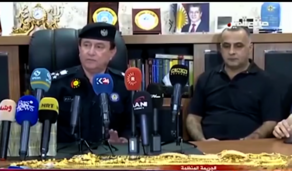 A Georgian housekeeper working in the precious metals dealer's house managed to steal 2 million 6 thousand dollars and 4 kg of gold with the help of two accomplices who arrived in Iraq from Georgia for this particular purpose.

The robbers, reportedly, succeeded in fleeing the country and hiding the stolen money and gold; they left some accomplices there, planning to transport illegal millions and gold to Georgia with their help.

However, their plans were shattered; the Iraqi police managed to solve the case and seize the stolen money and objects.