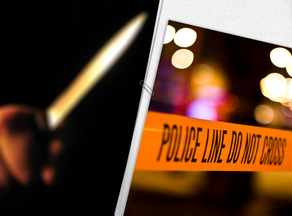 Law enforcement officers have apprehended a Russian citizen, identified only as V.G., (DOB 1980) for committing premeditated murder, according to the Ministry of Internal Affairs. V.G. was detained shortly after the crime was perpetrated, the body informs.

"Investigators determined that on 14 October, in the vicinity of the Dariali border checkpoint, after a verbal altercation, a person with dual, Georgian and Russian, citizenship, known only as A.M. (DOB 1981), inflicted a fatal injury upon detainee V.G's father, identified only as A.G. (DOB 1956).

The investigation into the case is in progress under article 108 of the Criminal Code of Georgia envisaging premeditated murder crimes, with perpetrators facing 7 to 15 years in jail.