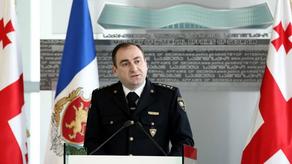 Law enforcers arrested Davit Tsinaridze, the former head of the Patrol Police. The Ministry of Internal Affairs confirmed the information to report.ge.

According to the agency, the investigation against Tsinaridze launched under Prima 11, Part 2 of Article 151, Subsection (d) of the Criminal Code of Georgia, which means threats against a family member.

Davit Tsinaridze got fired and had to leave the post of the head of the Patrol Police in 2015.