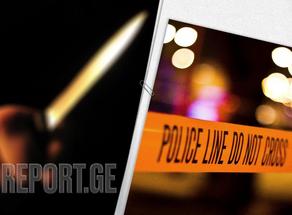 A man has killed his twin brother in the Gori municipality, Georgia. The murder was committed on New Year's Eve.

Reports say that the young man has been apprehended.

According to the MIA, an investigation has been launched, with the offender facing a sentence of 13-17 years' imprisonment.