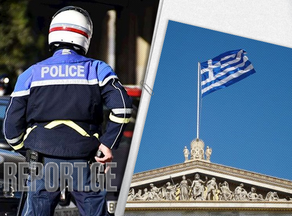 A Georgian citizen suspected of killing and robbing a young woman has been arrested in Greece. According to Greek media, a 36-year-old Georgian man strangled a 20-year-old woman and tried to leave the country with a fake passport.

One of the emigrants living in Greece writes about the incident and says that the detainee is one of the five robbers who attacked a young couple on March 7 in Athens.

The 20-year-old woman who recently gave birth to a baby got strangled in front of the baby and her husband. After this, the gang beat and robbed an elderly couple.

The suspect, a Georgian citizen, was detained at the Turkish border based on DNM identification.