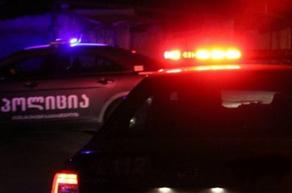 Zurab Akhmedov, the Georgian Dream majority candidate in the Kareli municipality, has reportedly been assaulted, with his car driven away. The police have arrested the offender.

"The police have arrested a person on a charge of robbery in Kareli. The law enforcement officers have detained the man (DOB 1957), identified only as M.Zh., who has past criminal convictions for robbery, burglary, and membership of criminal groups, shortly after the organized crime was committed.

Investigators learned that the detainee assaulted the victim (DOB 1983), known only as Z.A., together with his accomplices in the vicinity of the Leteti village, the Kareli municipality, and stole his Toyota Land Cruiser vehicle after using violence.

Police officers found the stolen car in the vicinity of the Osiauri village, the Khashuri municipality. The investigation activities are still underway," the statement by the MIA reads.

The perpetrator faces up from six to nine years in prison.