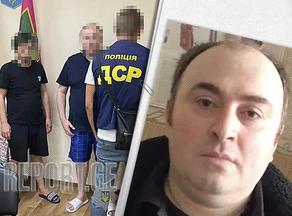 The so-called thief-in-law "Levan Galski" has been arrested, along with a citizen of Georgia nicknamed "Criminal Authority" in Ukraine. According to local media, both are detained while trying to cross the border illegally.

42-year-old "thief in law" Levan Buliskiria "Levan Galski" is a Russian citizen, and the 31-year-old "criminal authority" arrested with him is a citizen of Georgia.

According to the State Border Service of Ukraine, they were detained under Article 263 of the Code of Administrative Offenses of Ukraine.