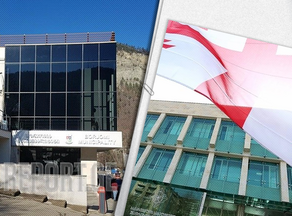 "Employees of the Anti-Corruption Agency, as a result of operative-investigative actions, arrested the former Head of Infrastructure, Architecture and Supervision Service of Borjomi Municipality and one other person on the fact of taking a large amount of bribe and committing bribery," the State Security Service of Georgia spreads the information.

"The investigation established that in January 2020, a person living in Borjomi contacted the head of the Infrastructure, Architecture and Supervision Service of Borjomi City Hall and asked for help with the registration of a plot of land in his possession in the village of Chobiskhevi, Borjomi Municipality. Considering that the given location of the land did not satisfy the mentioned person, he offered to register the land plot in a promising place for tourist purposes, in exchange for which he offered to transfer a part of the land plot to be registered or money in the form of a bribe. The high-ranking official of Borjomi Municipality agreed to the offer and promised to use his official authority. As a result, 10,000 m2 of land worth GEL 46,737 should have been registered. As a result of the operative and investigative actions, the criminal group members were not able to register the land plot and were exposed for carrying out illegal actions," the agency revealed.