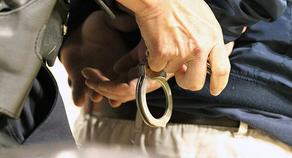 On Dec 12, at the State Inspector's Service Investigation Department, an investigation was launched under part 1 of article 335 of the Criminal Code of Georgia into the alleged police coercion of the minor.

On Dec 10, the police started investigating vandalism committed at the Green School and its vicinity. Concerning the incident, the minor was questioned in his parents' presence at the police department. He denied committing the misdemeanor. Following the questioning, the teenager tried to commit suicide. The investigation into the case was launched under article 115, envisaging crimes of driving an individual to suicide.

The minor died at Iashvili Children's hospital a few hours ago. He was connected to a mechanical ventilator there. Doctors tried to resuscitate the boy for 45 minutes, but they failed to save him.