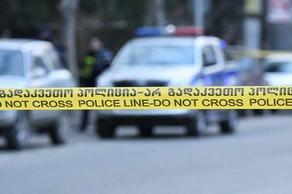 A man has reportedly murdered his uncle after a verbal altercation in the village of Mskhalgori, Lagodekhi municipality. Locals say the uncle lived alone and was frequented by his nephew, who was often intoxicated.

The investigation into the case is in progress.