MIA releases a statement: Bloody confrontation at the polling station 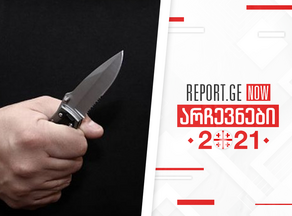 The Ministry of Internal Affairs has released a statement about the wounding at the polling station in Marneuli.

According to the agency, all the persons involved in the controversy have been identified, witnesses have been interviewed, after which the person who committed the act will be arrested.

"Investigation has been launched under Article 117 of the Criminal Code of Georgia on the fact of the confrontation that took place at the N52 polling station in the village of Dashtapa, Marneuli Municipality.

As a result of the operative-investigative measures carried out by the police at this stage, all the persons involved in the confrontation have been identified, witness surveys have been conducted.

The investigation was launched into the fact of serious intentional damage to health," the statement said.