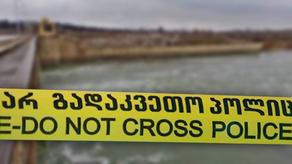 Per the Ministry of Internal Affairs of Georgia, MIA Border Police employees have apprehended a Georgian citizen who is now facing the charges of illegally purchasing, storing, and carrying firearms as well as attempting to take a hostage.

"On January 14th of 2020, Georgian citizen, known only as G.I., was in the border zone. Armed with firearms and a grenade, he forced a Georgian border guard to head to an undetermined section of the border along with him. During the incident, G.I. fired several shots," reads the statement by the Ministry.

The statement also says that following operative and effective measures, MIA Border Police employees managed to detain the offender promptly, with the investigation into the case having already been launched.

"The Ministry of Internal Affairs has thanked its Azerbaijani colleagues for their effective cooperation," the document reads.