Minor arrested for perverted action, and 31-year-old man for beating him up 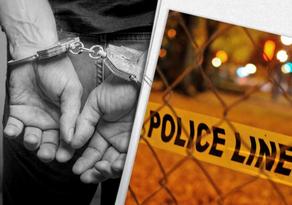 The law enforcers arrested a juvenile in Sagarejo Municipality on charges of perverted action, and B.K., born in 1989, on charges of violence and damage to health to the minor. The Ministry of Internal Affairs spreads information about the crime.

"The investigation established that in one of the villages of Sagarejo Municipality, the accused juvenile committed a perverted action against other juveniles, after which a person accused of violence physically assaulted him and injured in the ear. The police seized the weapon of the crime - the knife as evidence," the Ministry of Internal Affairs said.

According to the agency, relevant examinations are underway, witnesses are being questioned.

The Ministry of Internal Affairs launched an investigation into the incident under Articles 137, 126, and 117 of the Criminal Code of Georgia.