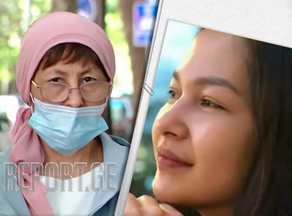 The mother of a 26-year-old girl found dead in Tbilisi says her daughter was killed, and her body was thrown out of a window.

Other family members do not believe in the suicide version either. The mother of a 26-year-old Kazakh woman who died in Georgia has arrived in Tbilisi.

"I think my daughter was killed intentionally, and her body was thrown out of the window. My daughter would not commit suicide. I arrived to transport the body.

I think Georgia and Kazakhstan will resolve this issue together with our ambassadors. Today I will identify my daughter's body, and then I will go to the embassy of Kazakhstan.

My daughter had no connection with Beso before; they met here. Pictures were sent to me that my daughter was working here, but then it turned out that it was not the case. I am cooperating with the "Do not be silent" foundation; I will meet with them today. This case should not be left unresolved. I will hire a lawyer if necessary.

As for the alleged trafficking, we have information that Murad sold my daughter to a Georgian man in exchange for a car. I know nothing more," said the mother of the deceased.

On May 5, a young woman committed suicide. The 26-year-old girl who was raped in Tbilisi and jumped from the eighth floor is Kazakh citizen Asel Aipaeva.

According to the Prosecutor's Office of Georgia, a girl who came to Georgia to work in April was subjected to psychological and sexual violence.