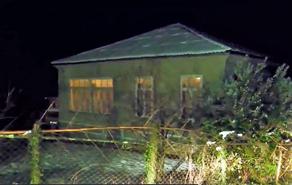 New details have surfaced on the recently occurred Natanebi murder. Locals say that deceased victim Amiran Palavandishvili who lived in Tbilisi, visited his brother in the Natanebi village, Ozurgeti municipality. The murdered man reportedly arrived in the village together with his child, whose whereabouts are unknown at this point.

The investigation of the crime is in progress. Perpetrators of similar offenses are sent to jail from 7 to 15 years.