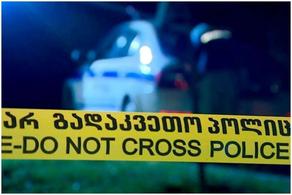 New details on the murder case in Tsageri. Turns out, one of the policemen who died in the confrontation yesterday is the son-in-law of Carlo Kopaliani, the Deputy of Georgian Dream.

Law enforcers allegedly opened fire at each other in the village of Lajana, Tsageri region. Two police officers died as a result. A 65-year-old man was wounded during the shooting, he remains in the clinic. He was trying to calm the policemen down. His health condition is stable.

The motive for the killing is yet unknown. According to the witnesses, the shooting was preceded by verbal altercation which turned into a violent conflict.

The investigation was launched by the Investigation Division of the Western Georgia District Prosecutor's Office under Article 108, which means premeditated murder.