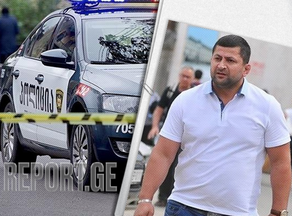 The MIA of Georgia has reportedly solved the recent Kakheti murder. Police have detained Olympic champion Zurab Zviadauri. The detainee will be sentenced to between 7 and 15 years in prison.

Three people were reportedly shot to death inside a car in Georgia's Telavi municipality, with all of them dying before hospitalization.

A verbal altercation preceded the murder.

One of the murdered men proves to be former GD MP and Olympic champion Zurab Zviadauri's brother.