One citizen detained at Tbilisi airport 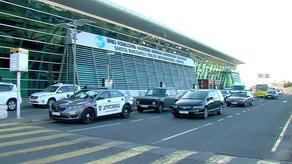 The Foreign citizen detained at Tbilisi airport. A.K., born in 1969, is accused of illegally buying and keeping large quantities of drugs and smuggling them into Georgia.

Law enforcers seized various drugs from the accused as evidence: 97 pills of Subutex, buprenorphine powder, five pills Ecstasy, and one pack of MDMA.

The crime envisages from 5 to 20 years in prison.