One person arrested in Tbilisi for buying and storage of drugs 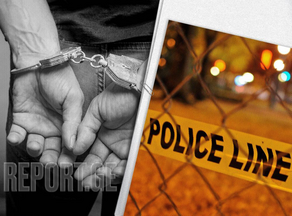 Officers of the Patrol Police Department of the Ministry of Internal Affairs, as a result of operative and investigative actions, arrested N.A, born in 1994, convicted in the past on charges of illegal purchase and storage of a large number of drugs in Tbilisi.

"The investigation revealed that the detainee was illegally keeping a particularly large amount of heroin. Law enforcement officers seized the drug as evidence. The investigation is underway under Article 260, Part 6, Subparagraph "a" of the Criminal Code of Georgia, which stipulates the illegal purchase and possession of a particularly large amount of drugs," the information spread by the Ministry of Internal Affairs reveals.

The offense carries a maximum sentence of 8 to 20 years or life imprisonment.