One person detained with the Gudauri murder 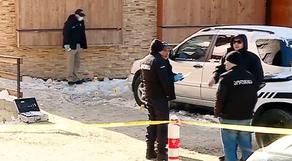 As a result of the investigation operations, the officers of the Mtskheta-Mtianeti Police Department detained M.K., born in 1981, suspected in premeditated murder (Article 108) and premeditated murder attempt in the aggravating circumstances (Article 19-109). The suspect was detained on the hot trail in Gudauri.

According to the information, the accused is facing a 16-20-year charge.

“The investigation detected that as a result of the squabble, the accused shot T.G., born in 1992 and D.S., born in 1994. T.G. died in the place, and D.S. is delivered to the hospital. The law-enforcers removed a gun as evidence.”- the statement reads.