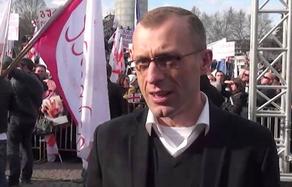 Initially, he was charged with violation of articles 45 and 173 of the Criminal Code of Georgia, envisaging failure to obey law enforcers and purchase, storage, and production of small amounts of drugs. However, initial charges were later subject to change, and he is now facing the charge of driving a car under the influence of drugs, psychotropic or other substances.

Romeo Parulava was released from custody after writing an apology.