Owner locks burglar inside his cellar in Tbilisi 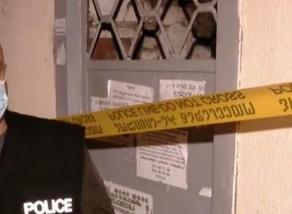 Two burglars have reportedly broken into a cellar of an apartment block on Monk Gabriel Salos Avenue, Isani District. Neighbors said that the cellar is used to store wine and food products, and it belongs to two residents.

Reports say that one burglar out of two managed to flee the scene, while the other was locked inside the cellar by its owner. The burglar is rumored to be an 18-year-old teen.

The offender was arrested, with the investigation into the case launched.