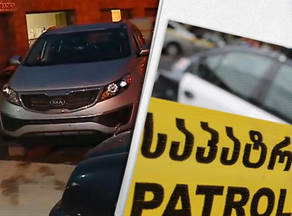 An unidentified offender has reportedly fired at a vehicle multiple times on Sheshelidze street, Gldani district.

No one was in a car when shots were fired at it. Witnesses say that the crime was committed over some business deals.

No further details have yet been released.