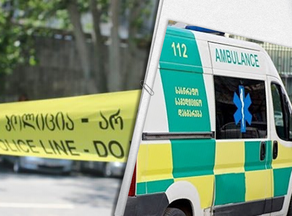 A middle-aged man sustained a severe would during an alleged altercation among neighbors in Georgia's Mukhrani village. The man died after hospitalization.

The deceased man's son in his late twenties committed suicide after he learned of his father's death.

According to initial reports, an alleged killer has already been identified and is wanted.