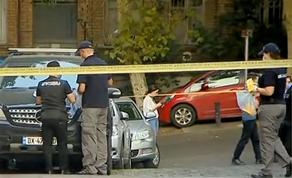 Kvaratskhelia was taken to Khechanashvili hospital for treatment.

The man having shot the young man multiple times reportedly fled the scene in his car.

The motive of the crime is unknown at this point.