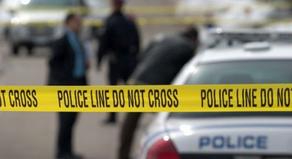 A teenager, 17, has reportedly been kidnapped for marriage in the Marneuli Municipality. After the girl left her private teacher's house, she was forced into a car and driven away. Law enforcers are now at the scene of the incident.

The investigation into the case has been launched under subparagraph (d) of part 3 of article 143, envisaging crimes of illegal deprivation of a minor's right to freedom, with perpetrators of similar offenses sentenced from seven to ten years in prison.