"The Chief of the Regional Police Department proves himself a man": Kiladze 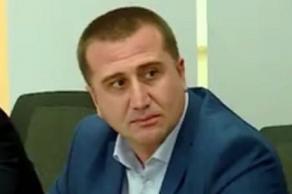 Journalist Eliso Kiladze has responded to the Zugdidi developments on social media by posting the following statement:

"The Chief of the Regional Police Department proves himself a man and a professional. Everything should go well!"

A gunman broke into the Bank of Georgia in Zugdidi and took 19 hostages earlier today. He demanded half a million dollars, a helicopter, and threatened to kill victims unless his demands were met.

A special operation in the municipality lasted for seven hours.

At around 10 p.m., the captor left the bank building, together with three victims. On leaving the bank, he was armed with a hand grenade.

No information on the armed assailants and the hostages' whereabouts have yet been released.

The MIA has not also publicized any official information.