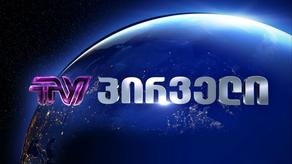 Police have arrested two people in Tbilisi on charges of gang robbery. The Ministry of Internal Affairs informed report.ge about the incident.

According to them, the accused stole the microphone belonging to G.Sh., born in 1999, and B.K., born in 1999, camerapeople of TV Pirveli, and fled the scene. Police arrested both defendants within hours of the incident.

"Officers of the Vake-Saburtalo Main Division of the Tbilisi Police Department as a result of operative-investigative actions arrested two persons in Tbilisi on robbery charges: F.M., born in 1993, and K.K., born in 1994, formerly convicted on hot pursuit.

The investigation is underway under Article 178, Part 2, Subparagraph "a" and Part 3 Subparagraph "b," of the Criminal Code of Georgia, which stipulates robbery committed by a group with a prior agreement, causing significant damage," the statement said.

The offense carries a maximum sentence of 5 to 8 years in prison.