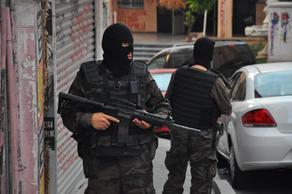 Turkish law enforcement officers have detained two Georgian citizens identified only as G.K. and G.T. (DOB 1985) in Istanbul. They are reportedly facing robbery charges. The offenders have been at large so far. Reportedly, they wore masks when committing the crime, and it has proved impossible to identify the offenders until the police tracked them after they took off their masks in one of the streets, and a surveillance camera recorded this.

Police officers learned that from different houses, the detainees stole jewelry and other items in the amount of 250,000 TRY.