Woman was tied with rope, her jewelry gone - robbery in Ponichala 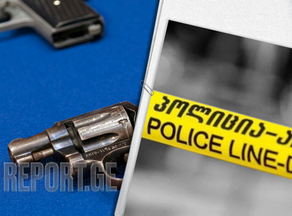 Gunmen robbed a family living in Ponichala. The owner's wife and mother-in-law were at home at the time of the robbery.

Reportedly, the robbers tied the woman with the rope and took the money and jewelry.

The incident took place late at night, during curfew.

As the Ministry of Internal Affairs told report.ge, the incident is being investigated under Article 179 of the Criminal Code of Georgia, which stipulates robbery.