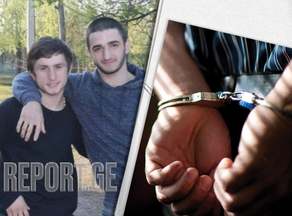 Four wrestlers were arrested in Khobi. Nugzar Tsurtsumia, the world champion in Greco-Roman wrestling, is among the detainees.

Police called several people near the grocery store to maintain order, during which they resisted law enforcers.

According to the spread information, the head of the Khobi police criminal department was also beaten.

World champion Nugzar Tsurtsumia and wrestler Nika Korshia have already been sentenced to 3 days in prison on charges of petty hooliganism and disobedience to the police.

As for two other people involved in the incident - Zaza Dateshidze and Varlam Kvaratskhelia-were charged under Article 356 of the Criminal Code, which stipulates assault on a police officer.