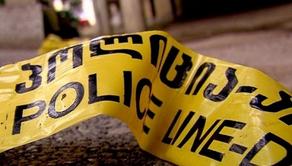 A 24-year-old man has been arrested in Tbilisi on charges of attempted murder. The Ministry of Internal Affairs spreads information about the incident.

"The investigation revealed that during the confrontation, Sh.G. verbally and physically assaulted S.Sh., born in 1996, poured gasoline on her and set on fire. S.Sh. was taken to the clinic with burns. Law enforcers seized a bottle of gasoline as evidence. The detainee pleaded guilty," the statement said.

The investigation launched under Article 19-108 of the Criminal Code of Georgia.