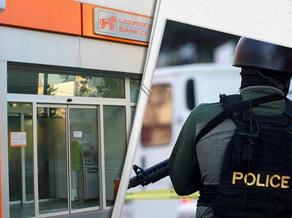 The Zugdidi regional police department will make a statement on the recent local bank robbery incident. The briefing is set to be held at 8 p.m., according to the Ministry of Internal Affairs.

The body has not yet released any further details, and no one knows whether the assailant has been  detained.