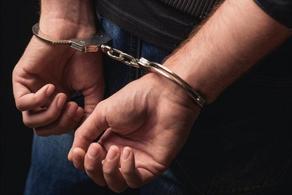 Busa Zhvania, the son of the former Prime Minister, is arrested over stabbing former M.P. and businessman, Gogi Topadze's, grandson. The Ministry of Internal Affairs provides this information.

"The staff of Vake-Saburtalo Police Department as the result of the operational-investigative action, have detained B.Zh., 1996, over the pre-meditated heavy damage charges. The investigation revealed that on August 2, B.Zh. has wounded L.T., 1998, after a conflict in his house. The wounded person was taken to the hospital for surgery. Law enforcers arrested B.Zh. in a few hours after the incident," – the information reads.

The investigation is launched under article 117 part 1, covering the pre-meditated heavy damage charges. The crime envisages 3-6 years of imprisonment.