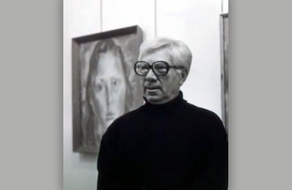 Georgian artist and director Giorgi Kasradze died at the age of 91.

The Ministry of Education, Science, Culture, and Sports of Georgia expresses its grief over the death of Georgian artist and director Giorgi (Givi) Kasradze.

"Givi Kasradze was a member of the Creative Union of Georgian Filmmakers and an Honorary Artist of Georgia," the ministry said.