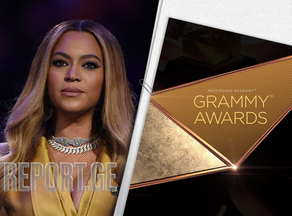 American singer Beyoncé has broken another record for getting the highest number of nominations among women in the history of the Grammy Awards, CBS reports.

During the 63rd ceremony, the singer won the nominations for "Best Music Video" for "Brown Skin Girl" and "Best R&B Song" for "Black Parade."

She also won a nomination for Best Rap Song for her performance of "Savage" with rapper Megan Thee Stallion.