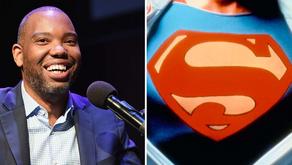 A black actor Michael B. Jordan will play Superman in a new film, Hollywood Reporter says.

A Warner Bros. company will shoot the film.

Earlier, Afro-American superman was detected only in comics.

J.J. Adams and Bad Robot company are working on the film.

The screenplay also belongs to essayist and novelist Ta-Nehisi Coates.

The film release date is yet unknown.