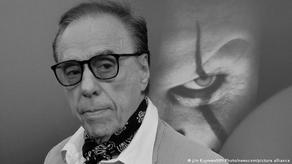 American film director Peter Bogdanovich died in Los Angeles at the age of 82. According to Report.ge, the director Guillermo del Toro stated about it.

He said the death of Peter Bogdanovich was a natural cause.

"He created masterpieces as a director, a really brilliant person," wrote director Guillermo del Toro, who was a friend of Bogdanovich.

Bogdanovich was born in 1939 in the United States, where his parents fled from Europe before World War II. In the late 1960s and 1970s, he became one of the most prominent directors of the "New Hollywood" period, along with Robert Altman, Stanley Kubrick, Martin Scorsese, Francis Ford Coppola, and others.

His most famous film is "The Last Picture Show."

Peter Bogdanovich passed away. He was a dear friend and a champion of Cinema. He birthed masterpieces as a director and was a most genial human. He single-handedly interviewed and enshrined the lives and work of more classic filmmakers than almost anyone else in his generation. pic.twitter.com/hL08ORCilN