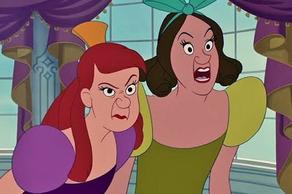 Sources add that at this time it is unknown whether Wiig and Mumolo would also be starring in the film since it’s so early in development. Insiders also add that even if they were to appear in the film down the road, it wouldn’t be as the stepsisters as the plan is for them to be played by younger actresses.

The film is a fairy tale musical comedy that re-imagines the Cinderella classic from the point of view of her infamous evil stepsisters.

Spanning their early childhood through the marriage of their universally beloved stepsister and beyond, we follow Anastasia and Drizella Tremaine as they struggle to uphold their family’s legacy.