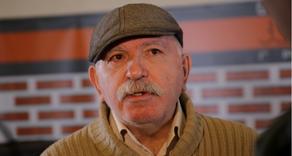 "The Ministry expresses its deep sorrow over the death of director Ramaz (Buba) Khotivari and extends its condolences to his family and colleagues.

The famous director has been serving Georgian cinema all his life. As a director, he has made documentaries and features. Among them: "Islam in Georgia," "Gospel of Markoz," "Chirik and Chikotela," and others. He was the Emeritus of Shota Rustaveli Theater and Film State University of Georgia and raised many talented generations.

We mourn this great loss with Buba Khotivari's family, relatives, colleagues, and the Georgian society as a whole," the ministry said in a statement.