Former artistic director of Marjanishvili theatre was not dism 13 January, 2022  21:10 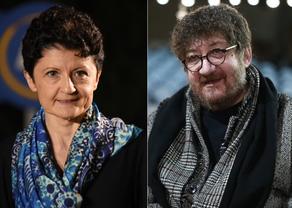 Minister of Culture Tea Tsulukiani says that the artistic director of the Marjanishvili Theatre, Levan Tsuladze (Chola), was not dismissed; his contract has just expired. However, he can participate in the hiring contest.

Reports fly that Levan Tsuladze was forced to leave his post after creating a petition seeking votes to release ex-pres Mikheil Saakashvili from jail.