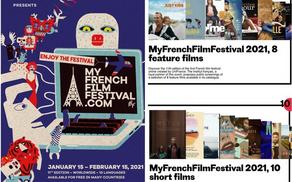 "My French Film Festival" is being held in Baku.

The festival will last online until February 15.

The audience will have the opportunity to get acquainted with the work of more than twenty young and modern directors. The films will be shown with subtitles in French, English, and Russian.

Four films will be shown with subtitles in Turkish.