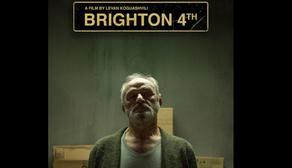 This year, Georgia will present the Georgian majority coproduction Brighton 4th by Levan Koghuashvili for the Oscar and Golden Globe.

The film will be nominated for an international feature film from Georgia.

Brighton 4th tells us a story about Georgian emigrants. It tells a gentle, naturalistic story of parental devotion and sacrifice, unfolding mostly in the former Soviet émigré enclave of Brighton Beach, N.Y.

A preamble in Tbilisi establishes the main character, Kakhi (Tediashvili), as a kind, even-tempered, nonjudgmental problem solver who goes to Brooklin to help his son pay gambling debts.

Legendary actor Kakhi Kavsadze is one of the lead actors in the film. Unfortunately, Brighton 4th proved his last film.

The film director of photography Pedon PapaMikael is a double Oscar nominee.