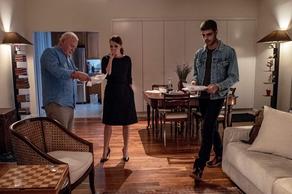 The trailer for Dante Spinotti's film Now is Everything is released where Georgian actors Irakli Kvirikadze and Elene Makharashvili play alongside legendary Hollywood actor Anthony Hopkins.

The film stars the children of Jack Nicholson and Sting, as well as the grandson of Allen Delon.

The film tells the story of a fashion photographer, Nicolas, who is devastated after the death of his brother, Cedric. However, the situation gets worse when Nicholas's girlfriend Matilda disappears.

The movie is set to premiere in Tallinn on November 22.