Get financing for production of short film: Contest announced 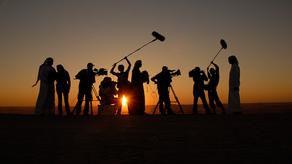 A short film fund offers contest has been announced, with the main contest requirement being that films must be 30 minute-long max.

Producers need to present to the Center at least one film of their own. The Film Center will fund winner/s with 75% of the film's entire budget.

Projects may be submitted electronically not later than 5 p.m., 19 March 2021.