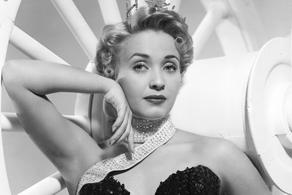 American singer and musical star Jane Powell has died at the age of 92, The Washington Post writes.

According to her friend Susan Granger, Powell died at her home in Connecticut, USA. The cause of death is not named.

Powell's peak of popularity dates back to 1940-1950. She starred in the musical "Royal Wedding" (1951), where Fred Astaire played her partner. Her popularity came with the famous musical film "Seven Brides for Seven Brothers" (1954). Both films were nominated for Oscars for a song performed by Powell.

Jane Powell was unveiled as a star on the Hollywood Walk of Fame for her contributions to cinema.