International Film Festival to be held in Mestia 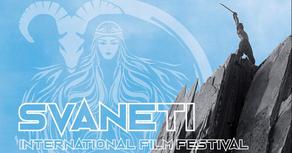 The first Svaneti International Film Festival will be held in Mestia on October 3-7.

The creators of the upcoming film festival are directors Mariam Khachvani and Teimuraz Chkhvimiani.

About sixty filmmakers from different countries have been invited to the Svaneti Film Festival. Twenty short films will be presented in the competition program. The jury, which will reveal the winner, will be chaired by Paolo Bertolini, the selector of Italian film festivals. The best short film will be awarded the Goddess Dali Prize. The jury will also reveal the best cameraman and director. The winners will receive cash prizes.

Within the framework of the festival, there will be a presentation of 11 full-length feature film projects, as well as training conducted by producer Vladimer Kacharava.