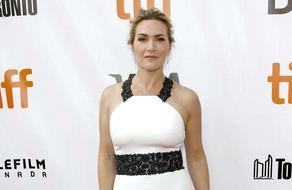 The 44-year-old actress agreed to play the role of Miller, a Vogue model who was the Second World Was Correspondent. In 1920-es, she wrote about concentration camps and the Paris liberation movement for Paris magazines.

Kuras and Winslet already have the cooperation experience in "Eternal Sunshine of Spotless Mind."

The new movie scenario is based on Lee Miller's dairies and press archives.