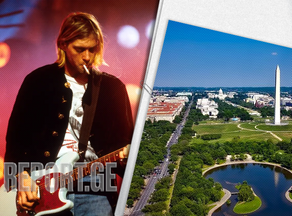 The house in Aberdeen, Washington, where Kurt Cobain, the leader of the rock band Nirvana, grew up, has been declared a cultural heritage site, the State Department of Archeology and Historical Heritage reveals.

"It was here that music took over a young, blue-eyed, blond, energetic boy who had extraordinary artistic abilities and broad creative imagination. Experiments on various instruments laid the foundation for his further work," the statement said.

The publication Dazed writes that the one-story house was built in 1923. Now it belongs to Lee Bacon, who bought it from the Cobain family in 2018. The man is actively involved in the restoration of the house; by this time, it is 90-95% complete. From 2022, anyone will be able to visit the house.